A long staple of App-V has been the OSD file.  This XML based file, along with the sfttray.exe command that runs it, has been the behind-the-scenes mechanism for how users start virtual applications.  but you won’t find them in App-V 5.0 Beta.  What happened?

First, at the client, the publishing process no longer points to an App-V client launcher program (sfttray.exe).  The shortcut is to the actual exe, and the App-V client intercepts the loading to do it’s special magic.  So no OSD is necessary at the client. 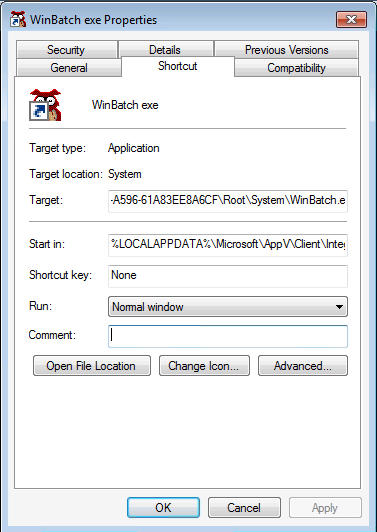 Second, at the server, you might notice something called the Defualt Config when you right click on the package. 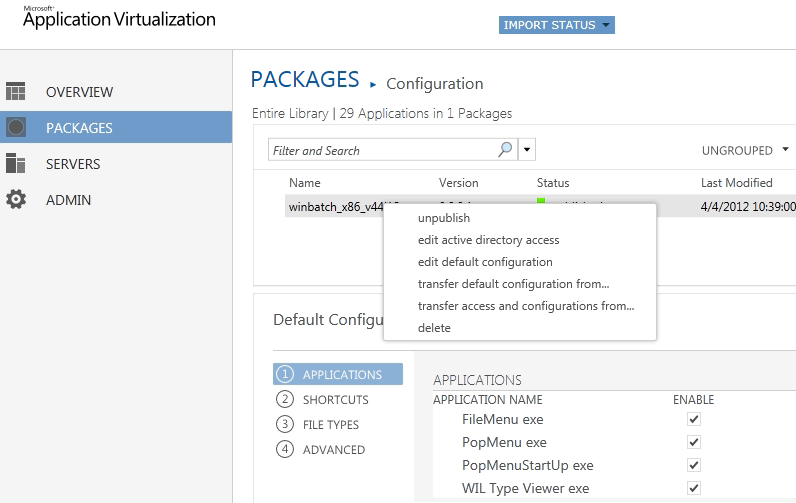 This is an XML based replacement, but affects the entire package and not an individual application.  The name default config imples that perhaps we can have multiple configurations, although there doesn’t seem to be a way to have more than one to a package at this point. From the Server Management Console you can easily disable applications, shortcuts, and file associations from the package. You can also export it to a file for ready viewing or editing. 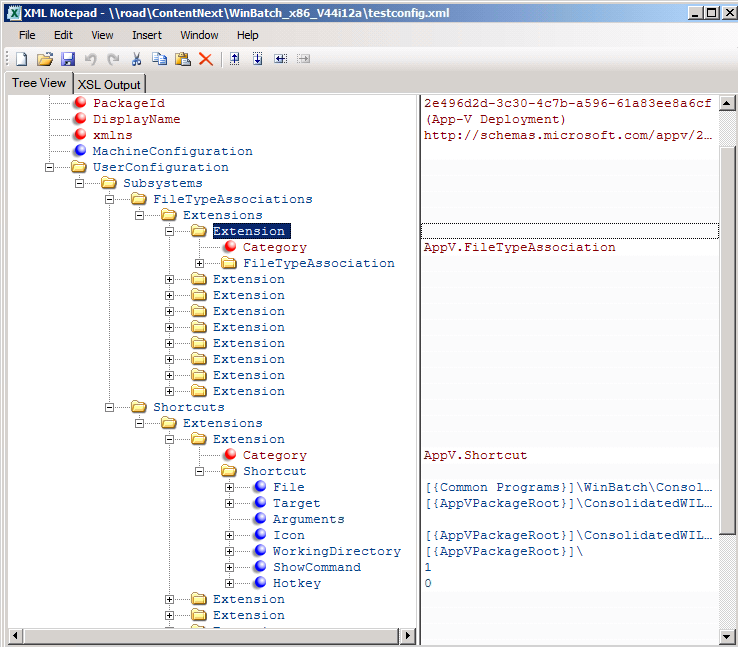 The cool thing about this config is that the App-V server now supports both per user and per machine configuration. For years we have wanted the ability for both. Specifically, Universities often need to deploy AutoCAD only to machines in a specific lab, while other apps whould be per user. The App-V server did per user only, and SCCM 2007 did (effectively) per machine only. SCCM 2012, when finally released, will add real per-user as an option, and whenever 5.0 releases we get the per machine option for the App-V server.