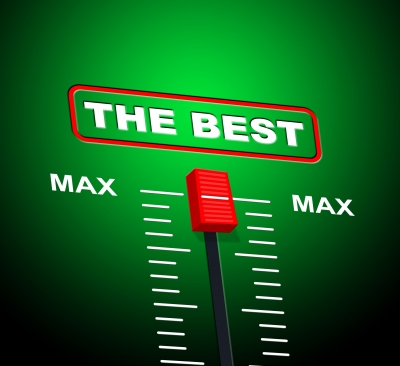 This week Microsoft released the anticipated App-V 5.0 SP3, along with an updated UE-V 2.1, as part of the MDOP fall release.  We normally expect the MDOP release around November 1st, so this drop is a little later than usual for some reason.  But it is well worth the wait.

While Microsoft App-V is generally regarded as the best application virtualization solution out there, the product did take a step back in the 5.0 re-write that was released two years ago.  Oh, it was still better than the alternatives, but not necessarily better than App-V 4.6.  At that time, I cautioned companies to work with 5.0 in their labs, as eventually they will want to move to the new platform, but if they were on 4.6 currently they shouldn’t be in a hurry to upgrade in production.

With the release of 5.0 SP2 last fall, I felt that it was mostly ready.  On one hand, 5.0 SP2 allowed you to do many things that you just couldn’t do otherwise, while on the other hand there were some annoyances that kept it from being declared the best.

During 2014, we saw a couple of “hotfix” releases, especially HotFix 4 and HotFix 5, which were really feature releases and major performance improvements.  5.0 was looking really good.

To start with, everything here is based upon a combination of access to pre-release software, plus a review of the release notes.  The msdn download center has been all bonkers so I haven’t gotten the actual bits yet.

In the release, all components of App-V are upgraded.  Server, Sequencer, and Client.  There are MDOP downloads, RDS downloads, and Hosting Provider downloads showing on the site (even if the download button isn’t working.

See the release note here, but read my summary as well…

Keep in mind that this new flexibility is not available to Config Manager deployments at this time.  That would require a rev of Config Manager.  So those that deliver using the App-V Server, Stand-alone deployments, or with third-party tools, get a leg up.

So how do you know when to sequence to the PVAD?  .  Each app will act differently, but often the when at the client and you launch the virtual app, it will in some way complain that it isn’t installed or configured correctly and refuse to run. When the app doesn’t work at the client, give PVADing a try.  It might just work.

The MVPs have a short list of apps that we have found that need PVADing, including:

I also think that we will find apps that have long path length issues with VFS style installs, and a PVAD install, especially one carefully crafted with a long PVAD, might be needed.

NOTE: Microsoft doesn’t list this as a feature or fix with the release.  It seems that this was simply a side effect of a different fix to virtualized services.  They only became aware of this fix when I discovered it and asked about it.  No word on what they were trying to fix, but presumably it was to fix a different virtual service issue reported by a customer.

Please pay attention to the details in the readme about the order of upgrade installation, as this is different from prior releases due to the changes to support the new connection groups.  You should upgrade the servers before upgrading ANY clients.

This information is based on working with some pre-release builds, and re-checking the release notes to make sure that there are no unexpected surprises. We will switch out and use the new version in our training class this week (if I can get it downloaded!).  Perhaps we will learn a little more.

Also check out Thamim’s blog on the subject here: https://virtualvibes.co.uk/connection-groups-2-0-in-app-v-5-0-sp3-more-manageable-more-flexible/

PS: I have a new version of AppV_Manage ready to release that works with the new features, and works with the Windows 10 Preview, where there are some PowerShell differences that needed addressing.  I will get that released soon.