Here is the scenario.

I upgraded to Windows 8.1. Current packages continued working fine. Decided to add another package. I received error C8007005 on Add-AppVClientPackage. After researching and trying some things, I eventually tried an old package that worked elsewhere and got the same error. I even removed an existing, working, package and found that adding it generated the same error.

In a situation like this, you just want to remove the App-V client and start over. So I did the following:

I then attempted to install 5.0 SP2 Client again. The Installer refused because a newer version was present already . Confused, I checked Programs and Features again and made sure it wasn’t present. It wasn’t. Eventually, I realized that the component to be removed is the hotfix. So in “Programs and Features” I selected the “View Installed Updates” link on the left side of the dialog. And this is what I found: 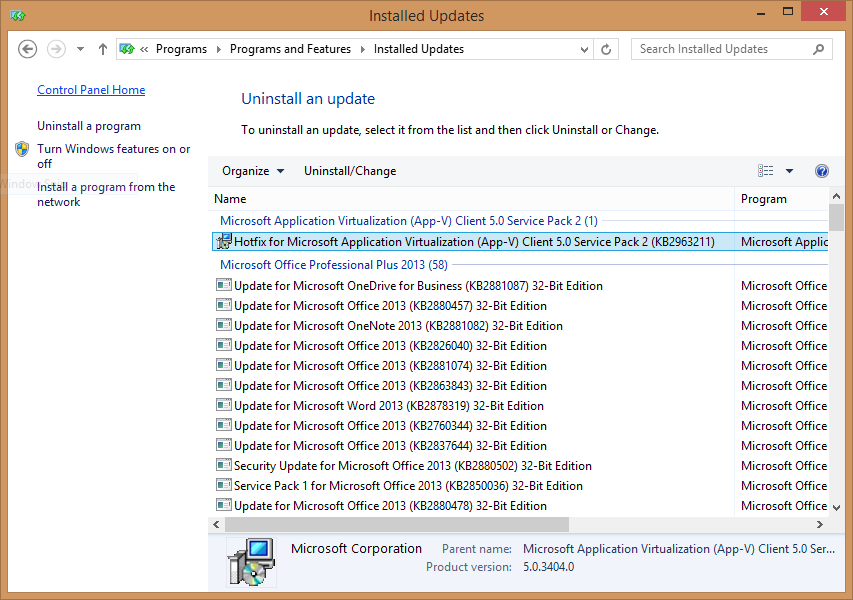 Removing the hotfix allowed the installs (SP2 and HF5) to happen, and everything worked out dandy.