Scripting has changed in App-V 5.0.

[Editing Note: The graphic below was updated due to an editing error in the original post.  Thanks Mark C!  Tim 3/2015]

The scripts move from the OSD to the new “Dynamic Configuration Files”, and very different options are now available to us to customize actions at the client.

Microsoft’s Aurung wrote a blogpost that describes much of the detail, but there are a few things to clarify and point out. Still, it is a great start, so go read that first and then come back. I’ll wait!

OK. You are back.

First, let’s replace the table in that post with this one: 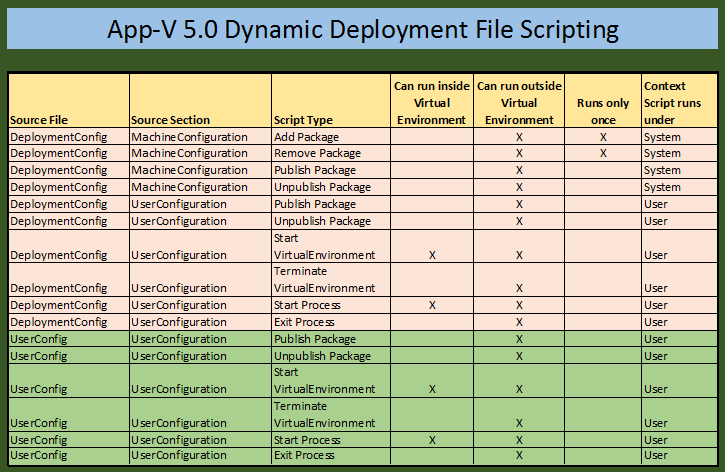 Most important is that, depending on the script, these scripts can run in the system or user context. This allows you to do great new things like install a dependent device driver on behalf of the user. But there are some things that you need to know: