assiveInstall version 3.5.0 was released today in the Microsoft Store. A free tool, it is used along with the Microsoft MSIX Packaging Tool to inject and configure the Package Support Framework to fix common issues seen in repackaging existing Win32 and DotNet Framework based applications for MSIX.

Version 3.5 includes a pre-built version of the PSF with the improvements I wrote about last weekend in this blog article. It also includes significant improvements in workflow and additional enhancements that help the Microsoft MSIX Packaging Tool do its job better. 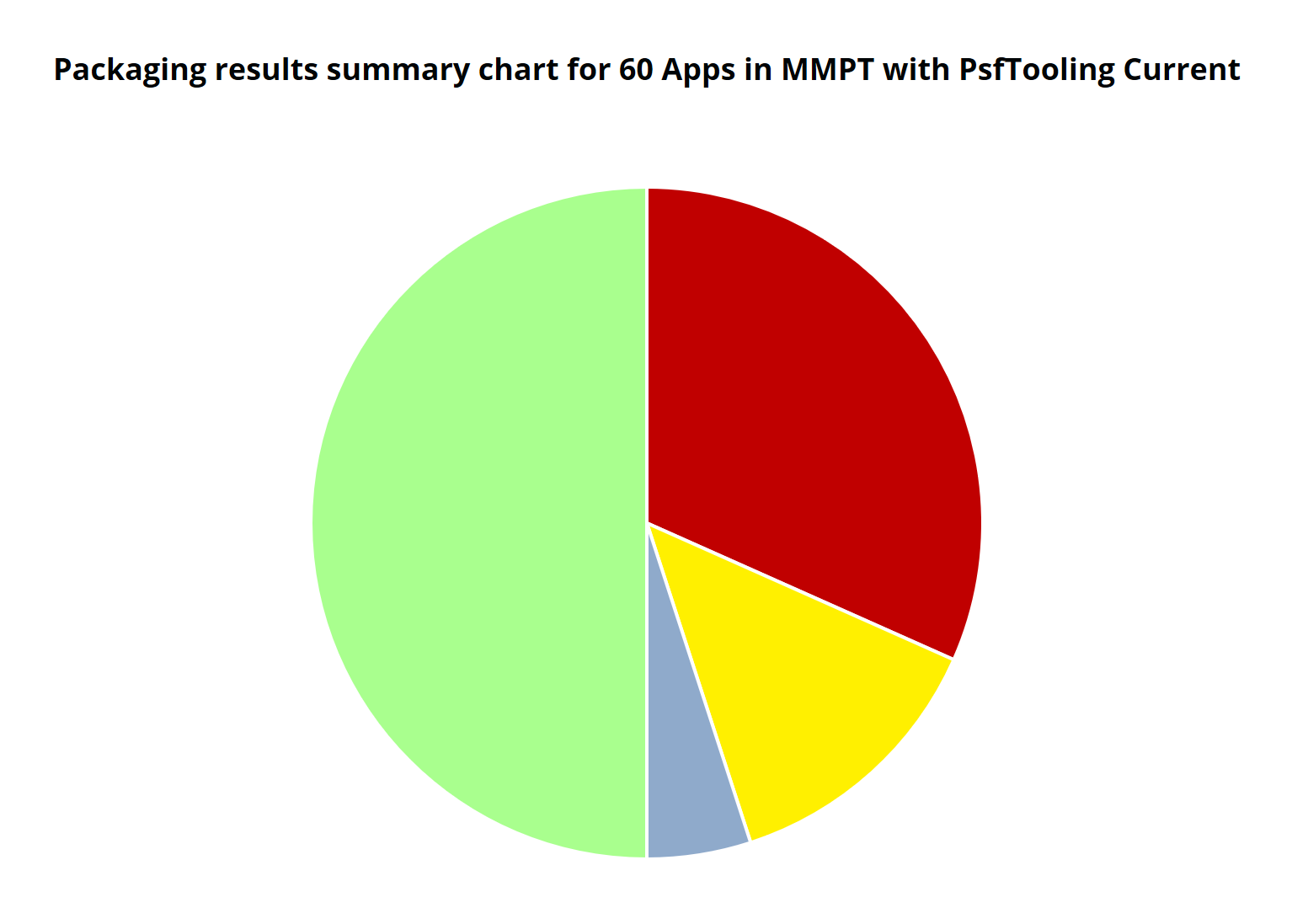 The improvements to the PSF itself that I am contributing increased the percentage of packages that are enterprise ready using the same tests as in the January 2020 Report Cards on MSIX to the 50% acceptance mark, nearly 10 percent higher than in the test results posted just a month before.

The improvements in version 3.5.0 include:

The Executable wizard has a find button that will locate all exes in the package. Typically if the primary launch point requires the PSF, the child processes do as well.

Using the tool is now much easier.  My recommendation on use is that you run all three wizards, in the order they appear in the menu (Shortcuts, Executables, and FTAs). The settings that you pick in the Shortcuts wizard will automatically flow (as appropriate) to the additional wizards, so you just go to the wizard, click the find button, and apply whatever is discovered.