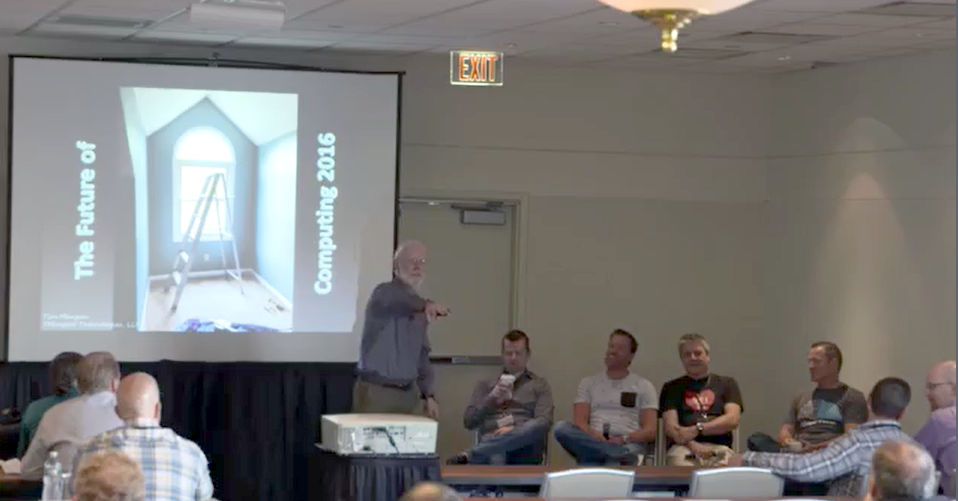 This summer we held the final (we think) BriForum here in Boston.  These 20 conferences have been both fun and very educational and I’m sorry to see them end.  So at the conference I pulled together a panel of some of the top minds in the desktop and virtualization space and had an excellent informative and fun session called “The Future of Computing”.

Joining me for the session were:

In the session we started by asking the audience to answer a survey with couple of questions, which we then used as topics to discuss. I promised to post the full list after the conference.

The first question was “Write a SHORT idea on what computing might look like in the future.  Just the headline”.  The second was “Explain headline in more detail to entice our panel of experts to pick your idea for discussion”. Here is a list of the responses:

We had a great discussion around a bunch of these topics, and could easily gone on for another hour when the 70-minutes had ended.  And we all enjoyed Dr. Benny getting called out by Priya on something he said.  Unfortunately the video is only available to attendees of the Boston or London shows right now, but presumably they’ll go public sometime next spring.  This was one session that will not loose value quickly!

Thank you to my fellow speakers, and to the audience for making this a memorable session.