Back to tool Introduction.

Back to tool Documentation of Tool Functions

Back to tool Documentation of Publishing tab

When on the Publishing Tab, you may select a package and then click on the Analyze button to run the Package Analyzer against the App-V package.  The function is also available as a right click option on the package. This will bring up a new window with the Analyzer results.

The Analyzer display provides a wealth of information about your package.  Color coding is used to highlight interesting, warning, and serious issues detected.  The Installer Fixups button provides an interface with additional information about potentially automated fixes that can be created using the PassiveInstall PowerShell module.

Note:  As of version 5.9 of the tool, the pervious "Generate Fixups" button that produced a PowerShell script for the SilentInstall framework has been replaced by this button.  Installer Fixups works with the newer PassiveInstall framework (also available on TMurgent.com under the Packager Tools). 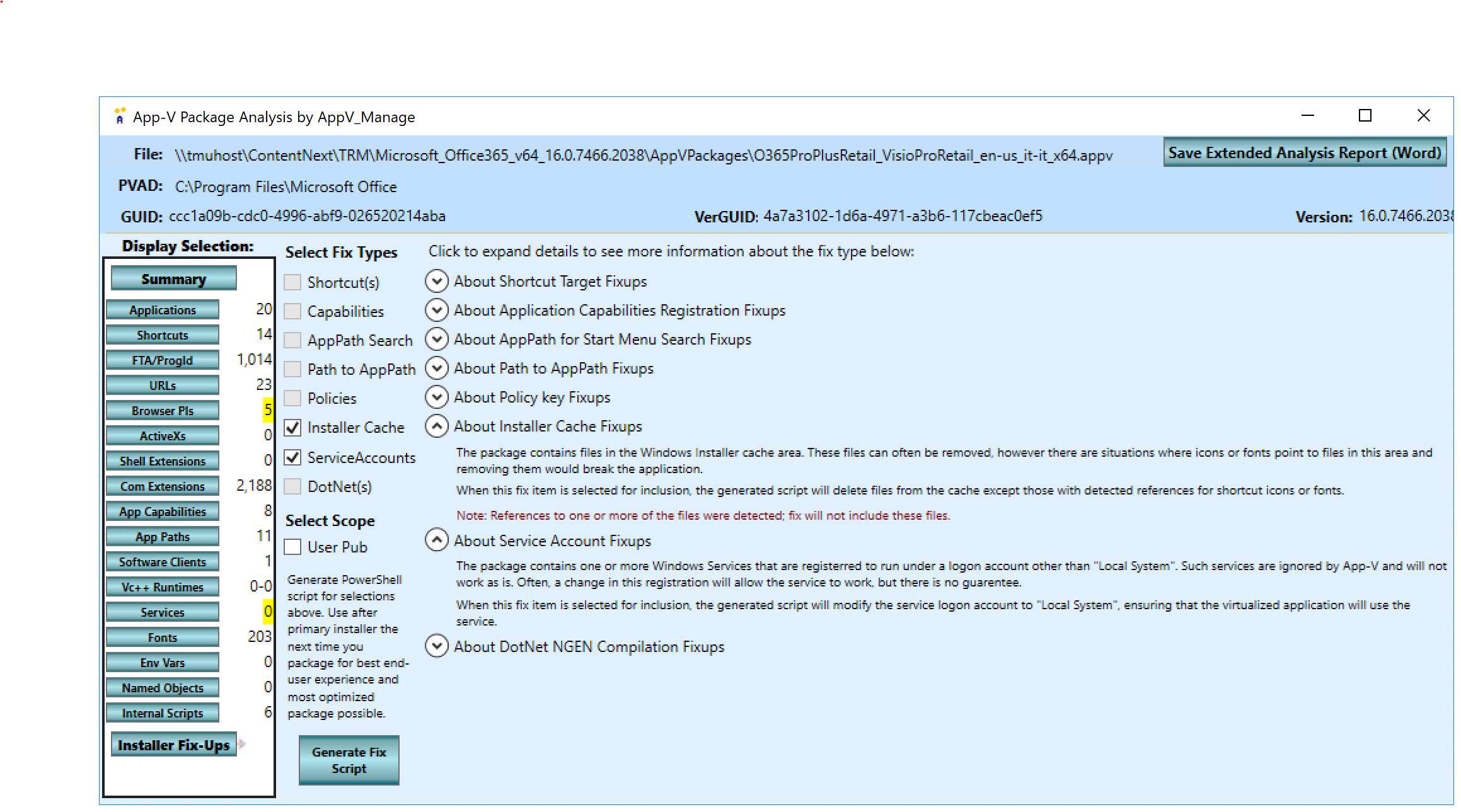 After clicking on the button, you see the different types of potential fixes identified by the Analyzer, and you can choose which ones you want using the checkboxes on the left side of the detail pane.

The right side provides some detail about each of the types, and you may use the expander buttons to reveal/hide the text.  The different types of fixes include:

When you click on the Generate Fix Script button, the tool will generate a PowerShell script that uses the PassiveInstall module to perform the actions.  To get the improved package, you would resequence the package, running that PowerShell script after performing the install as before.

The InstallerFixes in the analyzer don't fix your App-V Package, it helps you make a better replacement package!